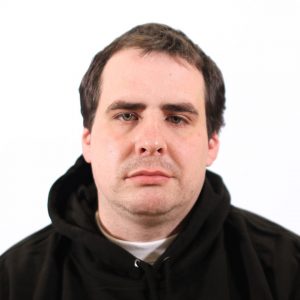 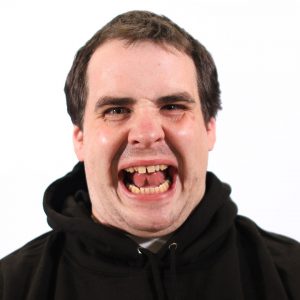 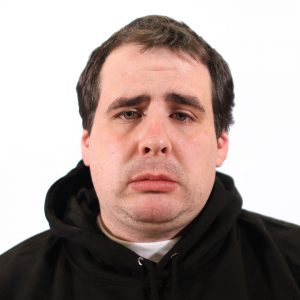 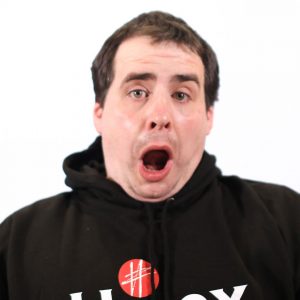 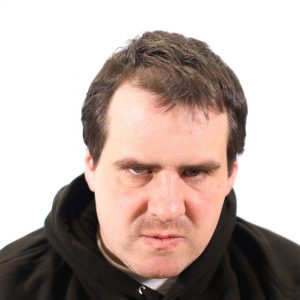 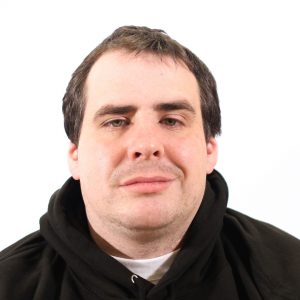 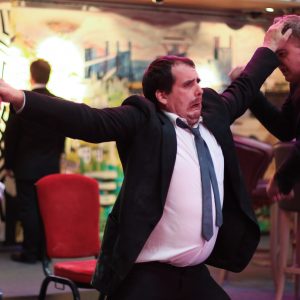 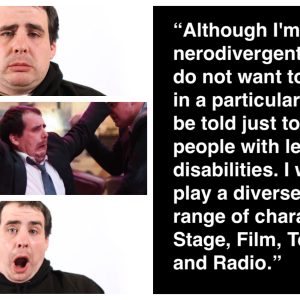 “Morning, I’m Tom Spencer and I’m down here at the Hijinx – North Academy in Prestatyn. I’m based in Prestatyn. I’ve been with Hijinx for three months, since February. We’ve done physical theatre, physical combat, script work, improvisations and we’re going to do some mask work soon. It’s all been very interesting. As I’m quite new to Hijinx, before I came here and I currently, a couple of times a week, work voluntarily for take community music and film in Old Colwyn where I do film clubs and I’ve done some film work with them – a film called ‘British Winters’ which I had a little part in and I’ve done documentaries, podcasts and I’m a voice-over actor, as well as being a live actor. Also, something else I’m quite proud of is that I just last year, finished my Performing Arts course – a mainstream course in college, where I did a range of things: singing, dancing, acting, improvisation and backstage work.  I’m also, without blowing my own trumpet, I’ve been in a lead role in a feature film that was filmed around Prestatyn the year before last, it was called the Womble Film and I was a lead role and I play a man with autism and I’m starring alongside people like Johnny Vegas, Bruce Jones and Jimmy Crickets in that film and I’m very proud of that. I’m an all-around entertainer, so I’m an actor a singer a dancer a comedian and impressionist, presenter, writer, filmmaker, director and I also research a lot of film TV and theatre – the history of film TV, film and entertainment. Thank you very much.”